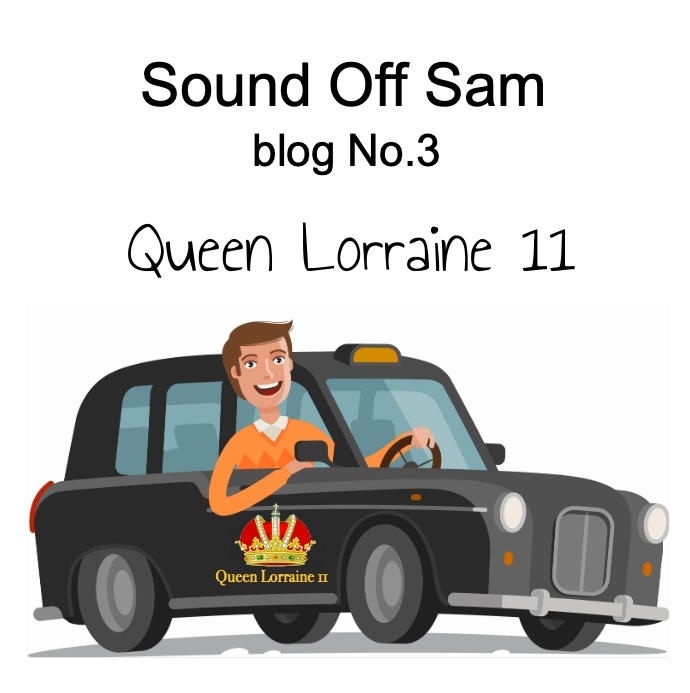 As a Personal Transport Professional, I always take pride in my appearance and the cleanliness of my cab to give punters the best personal transport experience. So, I’ve filled my time off the road productively.

As a result, Lorraine is gleaming. You could eat your dinner off her flip up seats. Queen Lorraine II will be officially relaunched as a personal transport carrier at a small end of lock-down ceremony with a few invited guests and a celebratory bottle of beer or two.

I’ve also been playing board games to keep me busy. Even though I live on my own I can still enjoy playing the Taxi Board Games. The beauty of playing against myself is that I am guaranteed to win. The downside is nobody hears my eloquent Sound Offs.

And I’m not the only one playing board games for a bit of traditional entertainment. Sales of board games and puzzles have soared 240% during lock-down as we all try to stay sharp when we need to stay indoors.

But even board games have not been as popular during lock-down as Zoom.  The teleconferencing app has been criticised for security flaws but I have taken appropriate security measures to protect the privacy of my dad in my latest Sound Off on Zoom…

“That’s at least a few quid in the charity swear box. How much is mum charging these days?”

“That’s inflation for you. You’ll need to re-mortgage the house after that outburst. Mum did warn me you were even grumpier than usual.”

“No. I’m not sure getting grumpier counts as personal growth. You need to learn how to become more attuned to your feelings.”

“What do you mean I need take a look at myself? I’m very well balanced with high emotional intelligence.”

“Nope it’s not an infatuation. It’s simply a healthy admiration and respect for the Queen of Morning Television.”

“Facing this way helps with my Cabbie Fever.”

“Oh. It’s the lid from my wok. It’s about the same size as my steering wheel. I tried to put the steering wheel cover from my cab on but it doesn’t quite fit.”

“I’m not having a mental breakdown. It’s my wee joke on mum. Don’t tell her. I’ll see how long I can keep it going with her. Thanks for your sensitivity by the way.”

“Look. Look into my eyes. You can see I’ve not gone all Travis Bickle.”

“Wait. I’ll move a bit closer to the camera.”

“You should. It’s a classic. But probably best not watch it with mum. Robert De Niro is proper scary.”

“Yeah. Definitely Raging Bull. He got an Oscar for that. And you have to include The Godfather.“

“Yep. I agree Goodfellas. Another Gangster classic. And last spot must go to another classic of its Genre.

“No. Not Cape Fear. The Adventures of Rocky and Bullwinkle.”

“I bet it is. You could cover your lock-down swear box debt by pausing your Sky Sports subscription.’”

“Nah. No point without the footy and golf being on.”

“Yeah, I’m the same. The footy gives a structure to your week Champions League – Tuesday and Wednesday. Europa League Thursday.”

“Exactly. Although the Friday night games threw me for a bit. You know, a bit like a Bank Holiday Monday does.”

“There’s no chance footy will be starting again soon. I reckon we’ll all be social distancing for months. Actually, I’ve just had an idea. You know how they are trying to work out how to finish the season?

“I’ve heard loads of different options. None of them good. But I think I have the answer. They should finish this season with a new form of football.”

“Yeah. like your walking football  except players are allowed to run just as long as they stay 2 metres apart”

“Well for a start fouls would be given for players encroaching the Social Distance zone and snorting snot.”

“You know like the pro’s do with one finger.”

“Yeah it is disgusting but it’s a skill too.”

“It is. Whenever I tried it I left a trail of green down the front of my top. I reckon the pro’s must have snot snorting drills they do regularly to hone the technique.”

“Ha-ha. And it would need to be a straight green card for snot snorting.”

“VAR would still be needed. Accept it dad. It’s here to stay. The guys in charge of the game just need to learn from all the controversy and align the laws of the games and the use of technology so that players aren’t offside just because their bootlace came undone and was flapping in the wind. And you know it shouldn’t be as difficult as they’re making it.

First FIFA lawmakers must update laws for offside, penalties and serious foul play to take into account the technology now available. Then it’s over to National Football Associations to work out how to use VAR consistently across leagues to help refs get the big game decisions for goals, penalties and sending offs, right. And the underlying principle should be that the final decision is always made by the match referee using a pitch-side monitor.”

“Yeah Sound Off over. And don’t call me Sepp. That’s worthy of another donation to mum’s swear box.”

“For a start the referee would need help to make sure players followed Social Distance football laws. I bet the VAR techy guys could put a circle around each player on screen with a 2 metre radius and play would be stopped any time a player encroaches.”

“Alright. It would mean endless VAR reviews. There must be another way to make it work.”

“I like your thinking. There’s nothing wrong with going a bit old school but I’m not sure attaching giant hula hoops to players is the answer. But what might work is bubble suits.”

“That’s another charity box donation. And it’s not as stupid as hula hoops. They already use bubble suits at kid’s parties.”

“Lucky for you you’re not going to have to wait. I have the perfect solution which also uses the wonders of modern technology.”

“Geez Mum is right about your grumpiness. You ready…the players could have parking sensors built into their tops.”

“You know like in a car. The players would hear the sensor beeping quicker when they get within 2 metres of another player.

“Wait. Even better. When they get inside two metres the sensor would trigger an electric shock.”

“Just a wee one. A tingle rather than a shock.”

“I think they would prefer a few volts than wearing a giant hula hoop.”

“Obvioulsy, it wouldn’t be the same but it would fill a gap and help us remember what day it is. And Scotland would be better at Social Distance football.”

“For a start our players would have 2 metres to control the ball. All the good teams would lose the advantage they have over us.”

“No, still not enough space for him. He’d need a hula hoop the size of the centre circle.

“Yeah who needs Stuart Cosgrove and Tam Cowan. Did I tell you about the time I had them in the back of my cab?”

“I’ve had bigger tips but the worst thing was I couldn’t get a word in edge ways.”

“Yeah their punter banter was better than most but it’s a bit rude not letting the cab driver Sound Off.”

“Well amongst cabbies Taxi cab banter hogging is a social taboo, like somebody coming to your party and not bringing a bottle.”

“Yeah I like them on the radio too. More than I like them in the back of my cab. The Taxi Board Game guys had a slot on their radio show once.”

“What do you think they were talking about, climate change? They were promoting their board games.”

“They’ve got a few editions already. Celtic was their first football edition and they’ve got Hibs, Hearts, Aberdeen and the Scotland national team.”

“Brighton and Hove Albion so far in England.“

“Yeah. They do rugby too. Scotland and England.”

“Golf? Funny you should say that. Oh.  That’s the time up message popped up. Time zooms when you’re having fun. Stay healthy dad.” 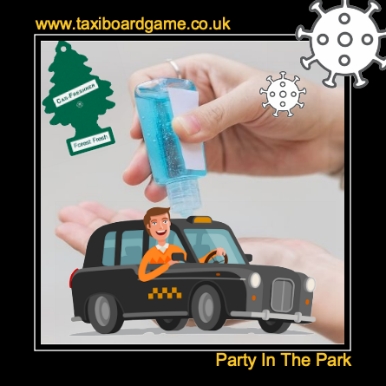